Equal parts transporting love story and gripping historical conspiracy—think The Girl with a Pearl Earring meets Outlander—debut author Melodie Winawer takes readers deep into medieval Italy, where the past and present blur and a twenty-first century woman will discover a plot to destroy Siena.

Accomplished neurosurgeon Beatrice Trovato knows that her deep empathy for her patients is starting to impede her work. So when her beloved brother passes away, she welcomes the unexpected trip to the Tuscan city of Siena to resolve his estate, even as she wrestles with grief. But as she delves deeper into her brother’s affairs, she discovers intrigue she never imagined—a 700-year-old conspiracy to decimate the city.

After uncovering the journal and paintings of Gabriele Accorsi, the fourteenth-century artist at the heart of the plot, Beatrice finds a startling image of her own face and is suddenly transported to the year 1347. She awakens in a Siena unfamiliar to her, one that will soon be hit by the Plague.

Yet when Beatrice meets Accorsi, something unexpected happens: she falls in love—not only with Gabriele, but also with the beauty and cadence of medieval life. As the Plague and the ruthless hands behind its trajectory threaten not only her survival but also Siena’s very existence, Beatrice must decide in which century she belongs.

The Scribe of Siena is the captivating story of a brilliant woman’s passionate affair with a time and a place that captures her in an impossibly romantic and dangerous trap—testing the strength of fate and the bonds of love. Published by Touchstone/Simon & Schuster.

Praise for the Book 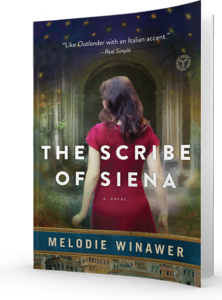 From Gallery Books,
a division of Simon & Schuster

Audio and other editions 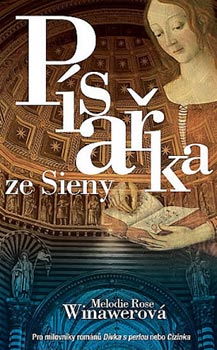 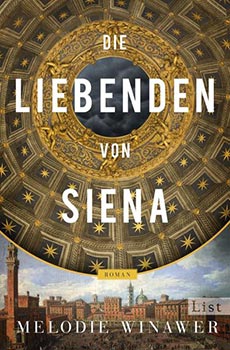 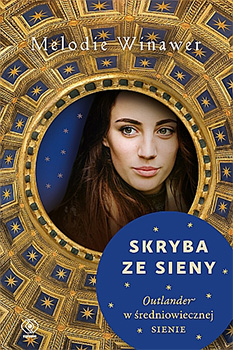